In a brutal week with the flu and the occasional fever, I finally managed to get some base texturing done for the M24 project.

It has some wear to it but I find it to be maybe to subtle? No dirt and dust as of yet since I'm not done texturing. Im thinking of adding a nice desert camo paint over with a decent amount of damage. The whole idea is to make this feel like the rifle has been used quite a bit and has been used by multiple users. I want the textures to tell it's owner/s story.

So with that said, there is still quite a bit to be done, but I decided to share some WIP with you guys. 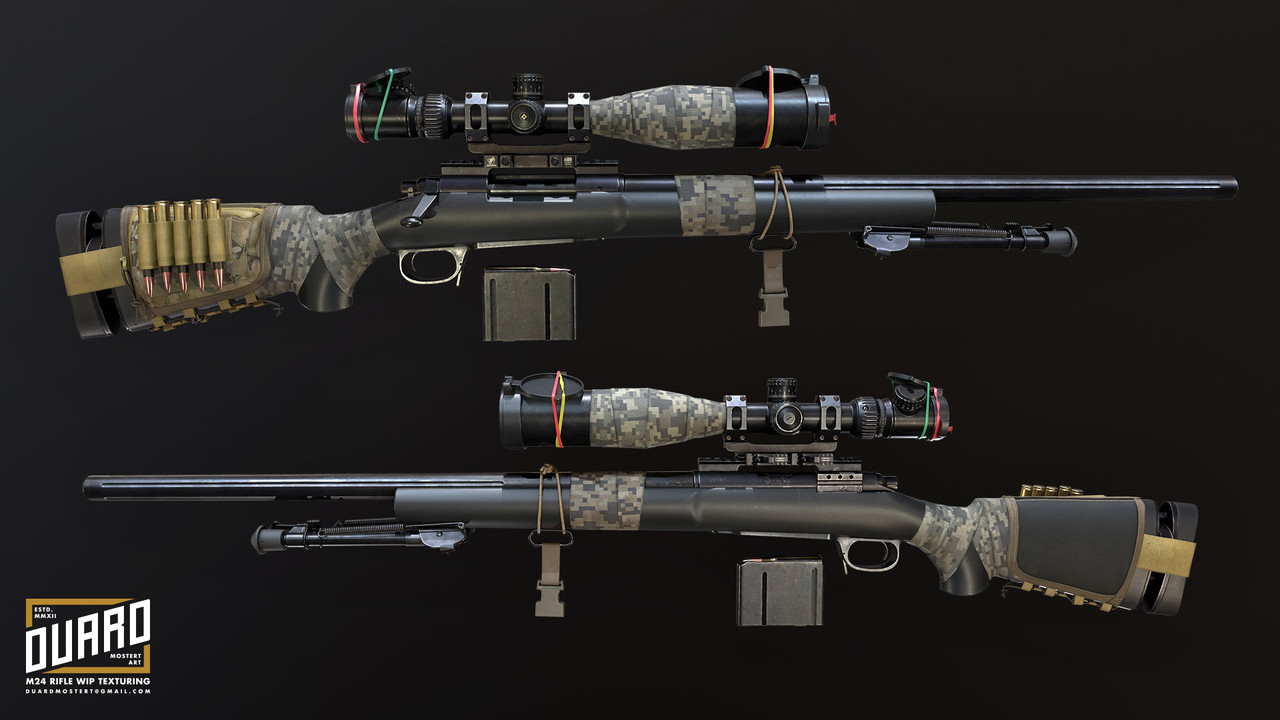 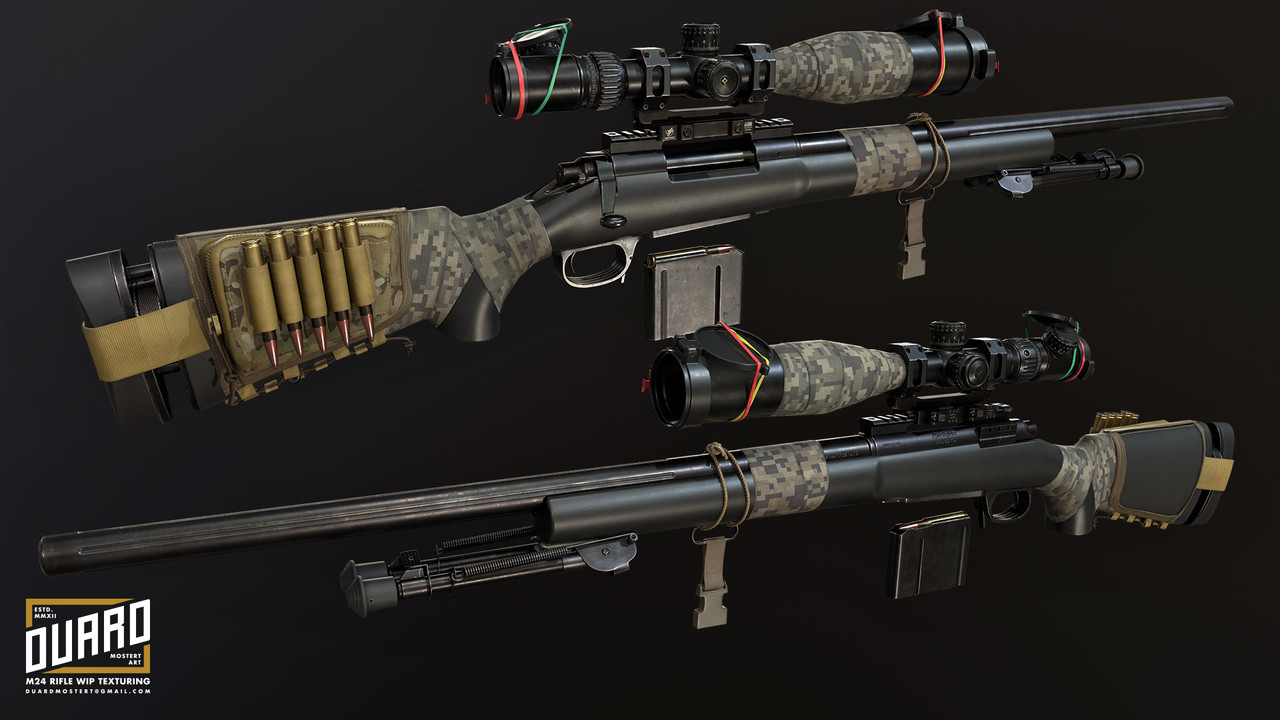